"The minimum could be defined as the perfection that an artefact achieves when it is no longer possible to improve it by subtraction." (Pawson 1996)

These images pursue an idea of reducing the often complex composition in a photograph to as few elements as possible whilst retaining the descriptive objective and in the process producing an image of beauty and simplicity.

This series distills the essence of the South Downs into simple components which describe to me the essential character of the local area. The part of the South Downs local to Beeding, Bramber and Steyning is characterised by a landscape of smooth rolling forms, an agricultural mix of arable, sheep, cattle and pig farming and use of the land surface to transport electricity. The images describe these attributes by simplifying content to only the essential elements. Those elements are largely a product of the angle of light, colour, form and textures inherent in the landscape and resulting in images that show, and sometimes only imply, how the land is used as well as describing the characteristic shapes that are the South Downs. 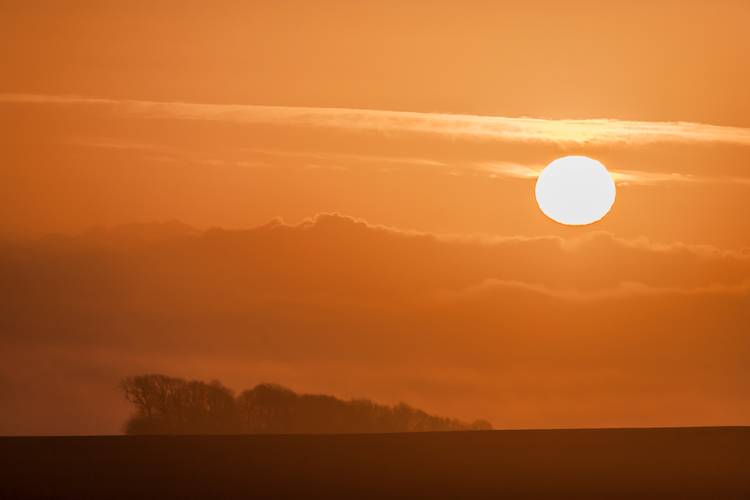